Wired Watts will be attending the Christmas Expo in Biloxi MS between 7/12 and 7/18. Our offices will be closed during this time.
info@wiredwatts.com   +1(860) Got-Watts
*99% of Orders Ship in 24 Hours or Less

What End Do I Use?

What End Do I Use for What Purpose?

If you are in a hurry, the short answer to that questions is: Females always hold the power. A Male end should plug or "mate" with a Female end to receive electricity to power a device. If you want to see a few more words from someone who cares, keep reading for the long answer:

When you think about "jacks" or "plugs" or "connectors" or "sockets," many different images may come to mind. Some may think about the AC wall outlet in your home. Others may think about that "jack" you "plug" in the back of your computer to do XYZ. However, most of you are here to learn about the connectors that are sold on this site. In anatomy class, we learned that males have a physical protrusion and females have a physical inversion. The same goes for most connectors that carry electrical power or signals. Sometimes, there will be an obvious male and female in the connector set such as the US AC extension cord pictured here.

Sometimes the gender of the plug will not be as obvious, such as this xConnect connector. Since the male side has a shell around it to protect the prongs, the female end is inserted into the male end.

Then there are connectors that are regarded as hermaphroditic, other names would be sexless, gender-less, or combinations connectors. These connectors have both a male and female sex part that is interchangeable allowing it to connect with one another without regards for which side is which.

The sexless connectors are different from bisexual or mixed-gender style connectors that have both male and female anatomy, but either side is different so that it may receive its mate.

This is a US based AC molex cord with a clear male and female end. 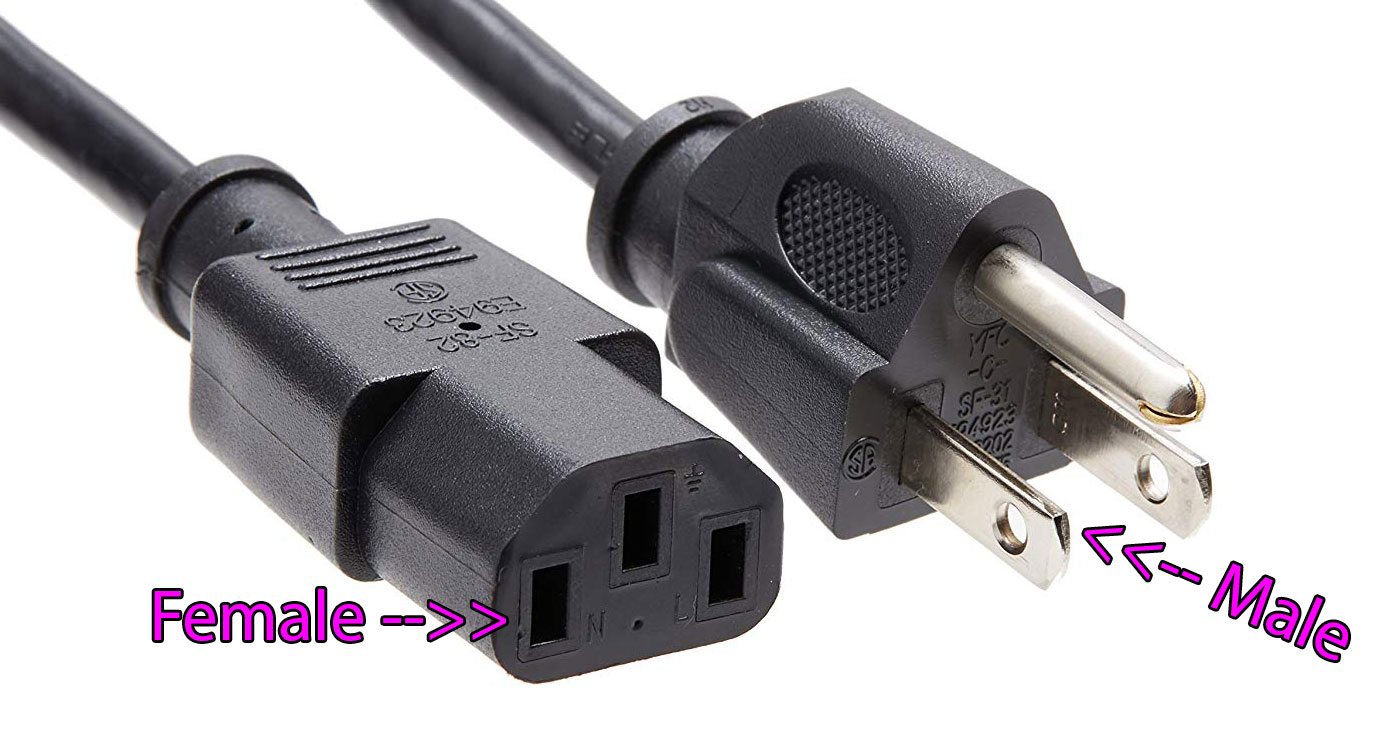 This is an xConnect connector. The female side inserts into the male's protective shell. 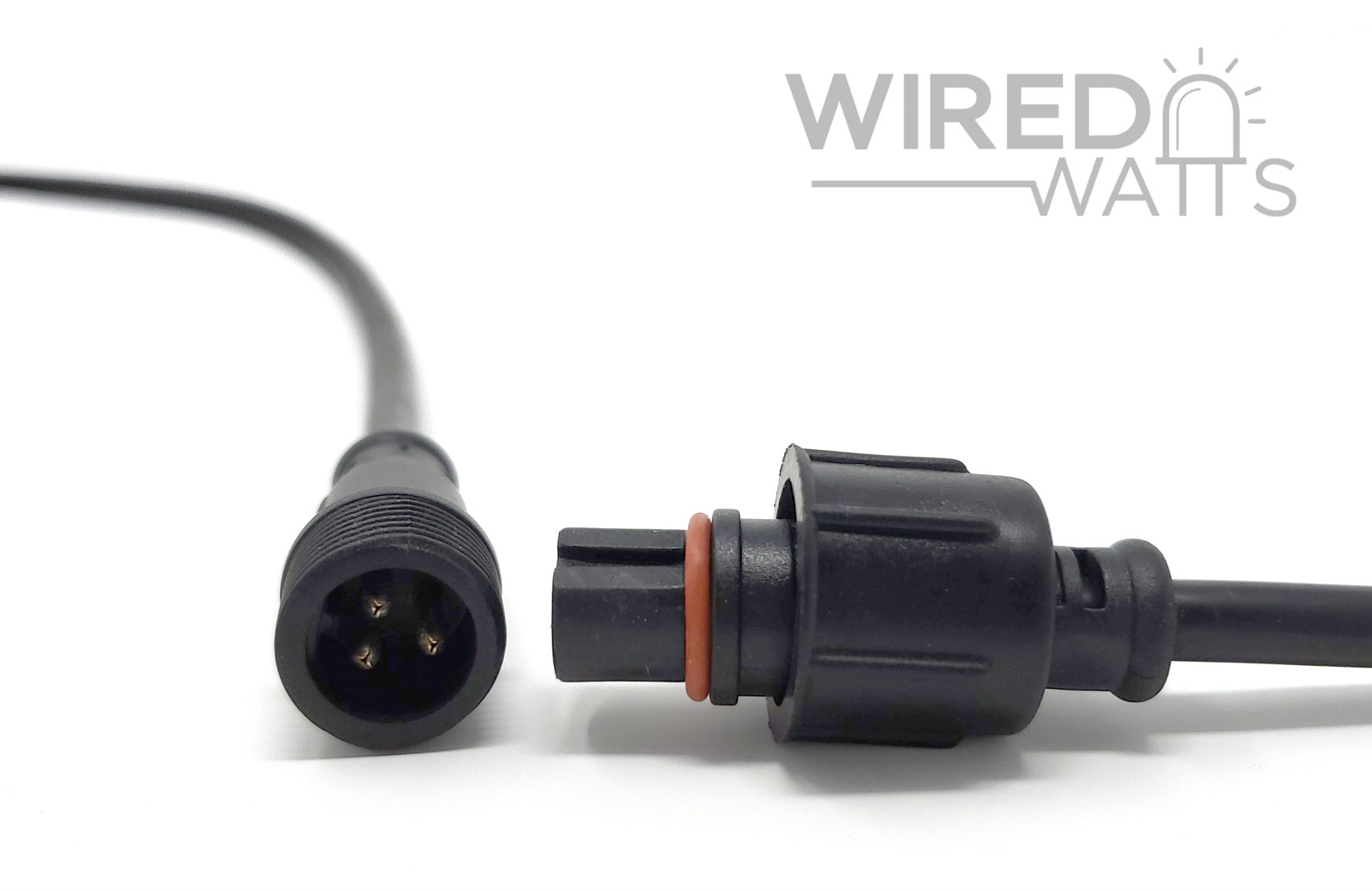 This is a gender-less style connector. Either side is interchangeable with the other and displays both male and female anatomy.

Enough! Why Do I Care?

One word: Safety! To quote Rudyard Kipling: "The female of the species is more deadly than the male." The reason for this is: the female always carries the power. Let's think about that AC wall plug again. Imagine that instead of having female outlets on the wall, energized with power, we had the male end of that same connector protruding from the wall. Now imagine your cat walking by and hitting its tail on the end. That cat would have one less life and the floor would have burn marks to prove it. We give all the power to the female to stop an accidental knock or jar against something that could carry a dangerous amount of voltage or amperage.

My Setup is Low Voltage, Why Should I Follow These Rules?

Continuity. Most likely, the reason you stumbled on to this page was for advice of what end to use because you are building something. You are free to use whatever ends you want to use and create your own wiring scheme. However, people in the know, this includes you as well if you've made it this far, know that the male end receives its power from the female end. This means that your creation will need no explanation to the next guy that uses or inherits it. Also, although it may be low voltage, it may have enough amps to give you a twitch. It's better to error on the safe side of the standard than go rogue.

*Side Note about Gender: Although the word "gender" has many connotations past the biological anatomy, it is used interchangeably with the word "sex" while discussing the anatomy of electrical connectors.